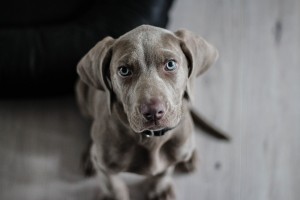 As a dog owner, you’ll no doubt be more than familiar with all the wonderful personality traits displayed by your pet. But new research carried out from the University of Sydney has revealed that dogs have distinct positive and negative emotional states, meaning that it is possible to define them as a ‘pessimist’or as an ‘optimist’. As a popular boarding kennels in Chesterfield, we obviously see a fair few doggies coming through our doors, and it’s interesting to learn that there are studies being carried out into their behaviour.

The research was carried out by Dr Melissa Starling, and included teaching the dogs to associate two different sounds, which were two octaves apart, with whether they would be served a bowl of water or milk. They were then played ‘ambiguous’ tones, and if they responded to them, it showed that they were optimistic in nature, because they expected good things to happen to them, i.e. they would get the milk. The ‘pessimistic’ dogs, however, didn’t respond at all.

Dr Starling, who is an animal behaviourist at the university, concluded that a dog with an optimistic personality will expect positive things to happen, and is therefore more likely to take risks with the expectation that doing so could end in reward. The pessimistic dogs, however, behaved more cautiously, and were more content with the status quo. “Pessimistic dogs appeared to be much more stressed by failing a task than optimistic dogs,” said Dr Staling. “They would whine and pace and avoid repeating the task while the optimistic dogs would appear unfazed and continue.”

The study allowed researchers to investigate the dogs’ tendency towards positive and negative emotional states, known as cognitive bias. “Just like humans, personality does have a big impact on optimism,” Dr Starling said. “They are not so different from us.”

Dr Starling explained that neither disposition was necessarily better than the other, and that trainers could use their personality differences to find the best role for them as service dogs. For example, an optimistic, persistent dog may be better for detecting explosives or drugs and a pessimistic dog that avoids risks may be better suited to a role as a guard dog.

Here at Dunston Lodge, we think it is fantastic that more research is being carried out in order to try to understand our canine friends. Anything that can be used to measure the welfare of animals is a positive step forward in our opinion, especially if it enables us to identify activities that may improve the welfare of dogs in domestic and working environments.