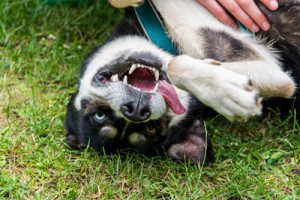 1. Music For Your Furry Friend

At the end of the Beatles song, “A Day In The Life”, from the Sergeant Pepper’s Lonely Hearts Club Band album, Paul McCartney recorded a high pitched, ultrasonic whistle at 15 kilohertz, that can only be heard by dogs. He did this just for his Sheepdog.

3. They’re All So Unique

Did you know that every dog’s nose print is unique? Yes, just like the human finger print, a dog’s nose contains totally unique bumps and ridges that could be used to identify them.

The average dog can run about 19 miles per hour at full speed, but Greyhounds can reach an incredible 45 mph.

Yes, dog urine can corrode metal! In 2003 Derbyshire County Council carried out a six month survey of 1 million lamp posts in order to ascertain whether or not dog wee was causing them to disintegrate.

Dogs don’t need to use a compass as they are sensitive to the earth’s magnetic fields. They can also see UV light and hear the ultrasound waves that bats use to navigate.

Yes, that’s right. Your dog actually can fall in love. A research study in California founds that dog’s brains release oxytocin when they interact with humans and other dogs that they like. This is exactly what happens in the human brain when we hug or kiss.

9. Your Dog Has Empathy

Studies have shown that dogs can catch yawns, just like humans do, but that this is five times more likely if it’s their owner, suggesting empathy. They also respond to the sound of human crying with the same part of their brain that responds to a dog whining.

10. Dogs Can Be Left or Right Handed