Dogs Really Do Put On Faces Just For Us!! 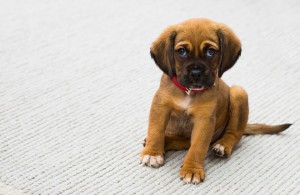 According to a recent study, dogs actually use various forms of “communication” that are solely for our benefit.

The study, published in the journal, Scientific Reports, involved 24 dogs. Researchers used video cameras to record the facial movement of the dogs over the course of a series of experiments during which the dog and a human were either face to face or not and the human gave them a treat or not.  Researchers then examined the footage frame by frame in order to identify any changes in facial movements of the dogs during the experiments.

The results showed that the dogs produced far more facial expressions when the humans were facing them that when they turned away. Particularly prevalent movements were the showing of the tongue or the raising of the eyebrows.  The presence of food, however, showed no variation in expression on the dogs.  This suggested that the facial expressions of dogs aren’t just down to excitement over, for example, a treat.

So, it suggests that expressions in dogs are not merely a result of internal emotions, but may be a form of communication, however, researches didn’t find whether the dogs had learned to pull different faces at humans in order to communicate or if it was a more deep rooted, pre-programmed behaviour.

The study concludes that ” we have demonstrated that dogs’ production of facial expressions is subject to audience effects, and can be tailored to the human attentional state suggesting some communicative function and are not simple emotional displays based on the dogs arousal state. Facial expressions are often considered to be an automatic, reflexive and emotionally based system3, but these data point to a more flexible system (at least in domestic dogs) combining both emotional and potentially cognitive processes.”

The study does note, however, that although it finds that this is a form of communication, there is no evidence of exactly what the dogs are trying to communicate.